Find this article at:
go.ncsu.edu/readext?815194
— Written By Dominic Reisig 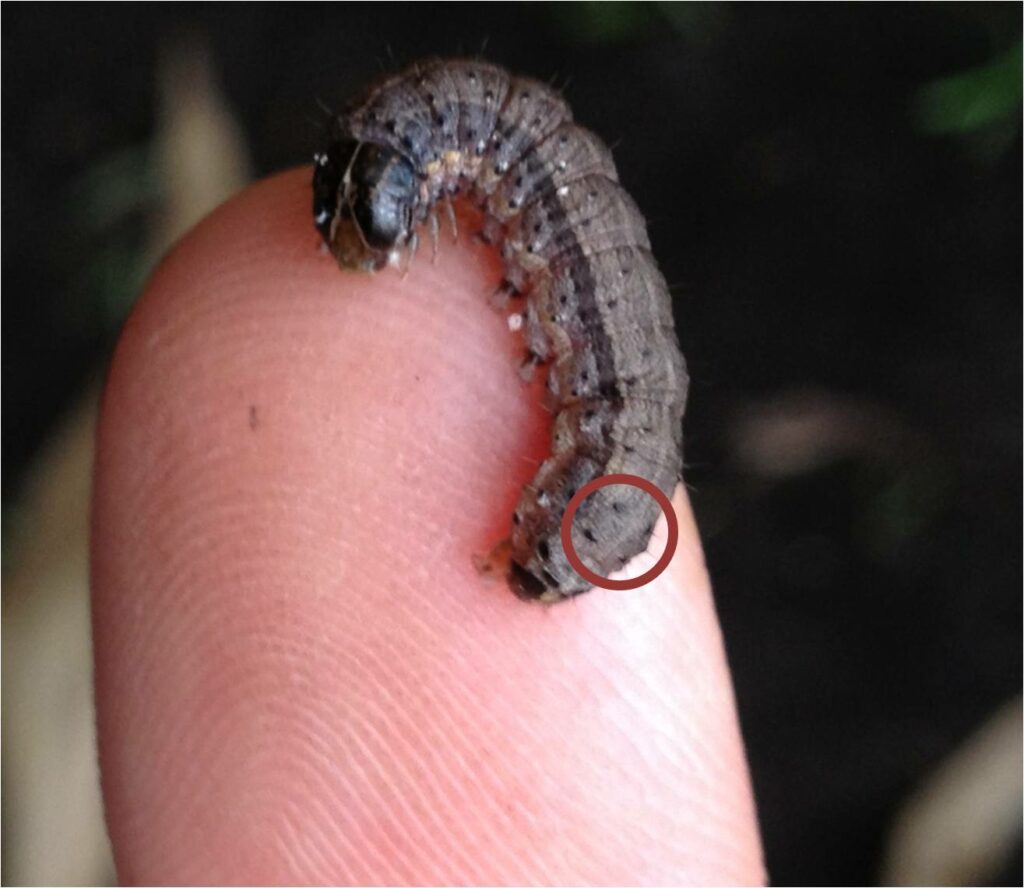 Fall armyworm is a sporadic outbreak pest that doesn’t overwinter in North Carolina. Populations migrate here as early as May, but really crank up as the summer progresses. We often find fall armyworm in late-planted non-Bt corn. This year they are widespread in grass, hay, and food-plots (duck impoundments planted to millet, for example).

We have also had some serious issues in soybeans, which is unusual.

Fall armyworm has two strains- the rice/grass strain, which prefers grasses, and the corn strain, which prefers corn and soybeans. The last year we have had the corn strain widespread in soybeans was 2011. This year (2021), we have had at least two soybean fields in North Carolina that have been completely defoliated. Both of these fields were near wildlife refuges toward the coast and were late-planted or double-cropped. Likely these were grass strain fall armyworms that developed on grasses (weeds and volunteer wheat), consumed the grass, and moved into the soybeans. In the past, the grass strain has been easily controlled with pyrethroids. However, this year in the Midsouth, pyrethroids have provided poor control. Pyrethroids do not work well for the corn strain.

All soybeans should be carefully scouted for pests throughout the growing season. Pay special attention to double-cropped beans and check for fall armyworms that might be targeting volunteer wheat or weeds. Use a sweep net and pay attention to fields where you are catching more than 5 in 15 sweeps or where defoliation is happening. To be on the safe side, assume that pyrethroid control will be poor and use a caterpillar-specific insecticide. The following are cost-effective options that have worked in the Midsouth:

Control will be better on smaller larvae, especially since many of these insecticides are insect growth regulators. These insecticides can be tank mixed to capitalize on some of their advantages. 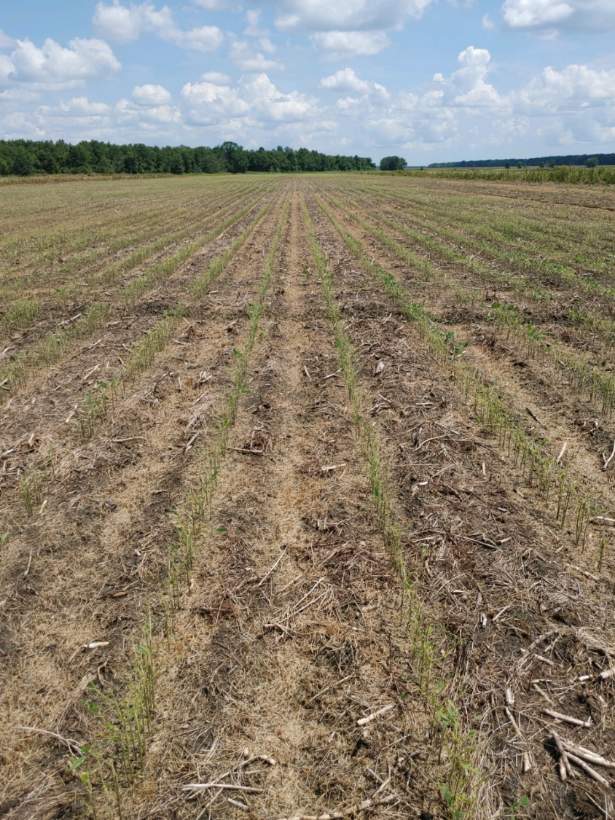