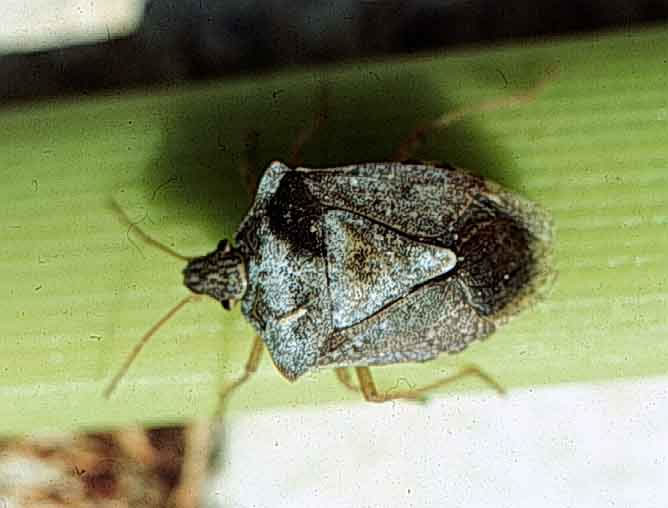 Biology:  These shield-shaped bugs can be found in fields across the state but usually do not reach pest levels in areas outside of the mid and southern coastal counties and adjoining areas. Three kinds of stink bugs may become abundant in soybean, the green stink bug (Acrosternum hilare Say), southern green stink bug (Nezara viridula L.), and brown stink bug (Euschistus servus Say). 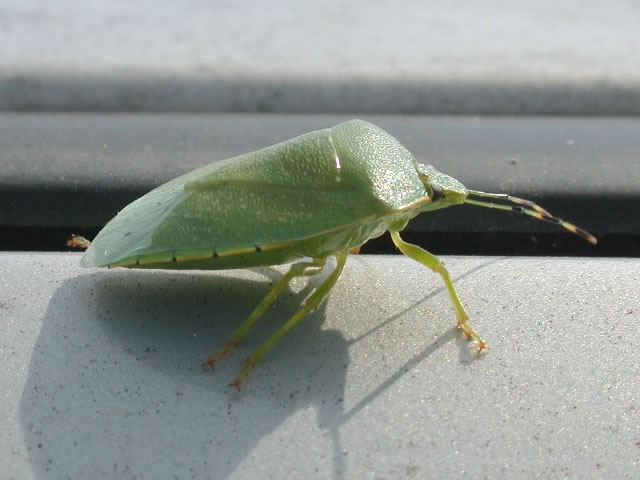 species, the southern green stink bug has the greatest damage potential. However, overwintering southern green stink bugs are affected by cold weather and seldom become a problem in seasons following winters with temperature periods in the teens. The green and brown stink bugs are more cold-hardy and are present each year. A single species is seldom a problem, however, as a complex of stink bugs, they may reach damaging levels. 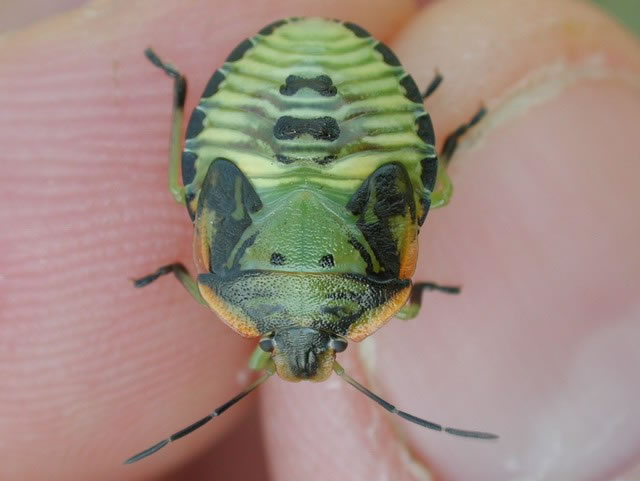 Stink bugs affect fruiting soybeans and reach peak populations in late August through early October, primarily in mid-September. They may be active until frost.

Injury and damage:  Stink bugs are important late-season insect pests of the soybean seed and reduce both yield and quality by their feeding. Although “grain soybeans” are affected by stink bug, “seed soybeans” and “vegetable soybeans” are more vulnerable in terms of severity and frequency of loss. Stink bugs have piercing mouth parts and feed on tender terminals, blooms, pods, and developing seeds within pods. When feeding, both adults and nymphs (immatures) inject digestive saliva into the plant which helps liquefy plant tissues for easy extraction by the bug. The salivary fluid causes direct tissue injury and also can carry yeast organisms that grow within the seeds. Feeding may also create an avenue for pathogen entry into the plant. Germination and general seed quality can be affected by stink bug feeding. Additionally, feeding injury during early seed formation can result in aborted seeds and undersized, deformed seeds. 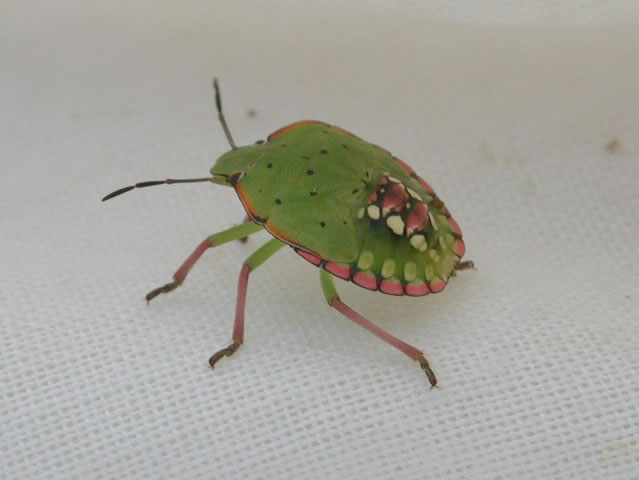 Scouting:  Stink bugs often occur in an uneven distribution within soybean fields. Adults move into fields from the edges and, therefore, may be more numerous along the margins during a colonization period. Eggs are laid in masses and after hatching the young nymphs remain in the same area until reaching an intermediate growth stage. Because of this clumping, individual scouting samples may give artificially high, or low, counts of small stink bugs, but these samples may not reflect the general stink bug population in the field. As stink bugs develop into larger nymphs and adults, they move throughout the field. Adult stink bugs are strong fliers and will move to soybeans of differing maturities as they enter the bloom/pod fill period.

Insecticide Management:  Management of stink bugs relies on scouting and thresholds to identify where and when treatment is necessary, and the use of insecticides. Thresholds are based on row width, price of beans, and sampling method used. Use the online stink bug in soybean threshold table before making a management decision. Both of the green stink bug species are relatively easily controlled with acephate and pyrethroid insecticides but the brown stink bug is less easily affected. Brown stink bug should only be treated with bifenthrin or acephate at higher rates and sometimes this does not give the desired results. Good application technique is very important when attempting to reduce stink bug abundance.