When to Treat Kudzu Bugs in Soybeans

Find this article at:
go.ncsu.edu/readext?623683
— Written By Dominic Reisig

Kudzu bugs have been a no-show since 2013, but are widespread at low levels this year. A lot of folks are wondering if they should treat, justifiably so, since our fields with the highest populations are a borderline threshold level (one nymph per swoosh of the net).

We did a series of trials across GA, NC, and SC from 2011 to 2013 protecting soybeans from kudzu bugs from R2, R2 + two weeks, R2 + 4 weeks, R2 + 6 weeks and R2 + 8 weeks. Some locations had very little pressure, while other trials had lots of pressure. From these trials, we confirmed our recommendation to treat at one nymph per swoosh of the net. However, this threshold works best when fields are treated during the most sensitive stages to kudzu bug (R2 to R5). We also got our greatest yield responses (obviously) when population levels soared. For example, in one South Carolina trial, adult levels reached 20 per swoosh of the net by R7 (from nymphs that became adults).

Based on this information, growers will get the most bang for their buck the earlier they treat, but ONLY if populations hit threshold. In our trial, sub-threshold sprays did not provide a return. Therefore, growers should treat if they hit one nymph per swoosh of the net until R6. Once reaching R6, growers can relax the threshold greatly and tolerate more kudzu bugs. I’d be hard-pressed to recommend a number without more information, but consider the cost of the spray, including drive-down loss over the beans, and yield potential. Check fields to see if any kudzu bugs are infected with a fungus. This fungus can provide 50-100% control and if it’s present, consider saving the spray. 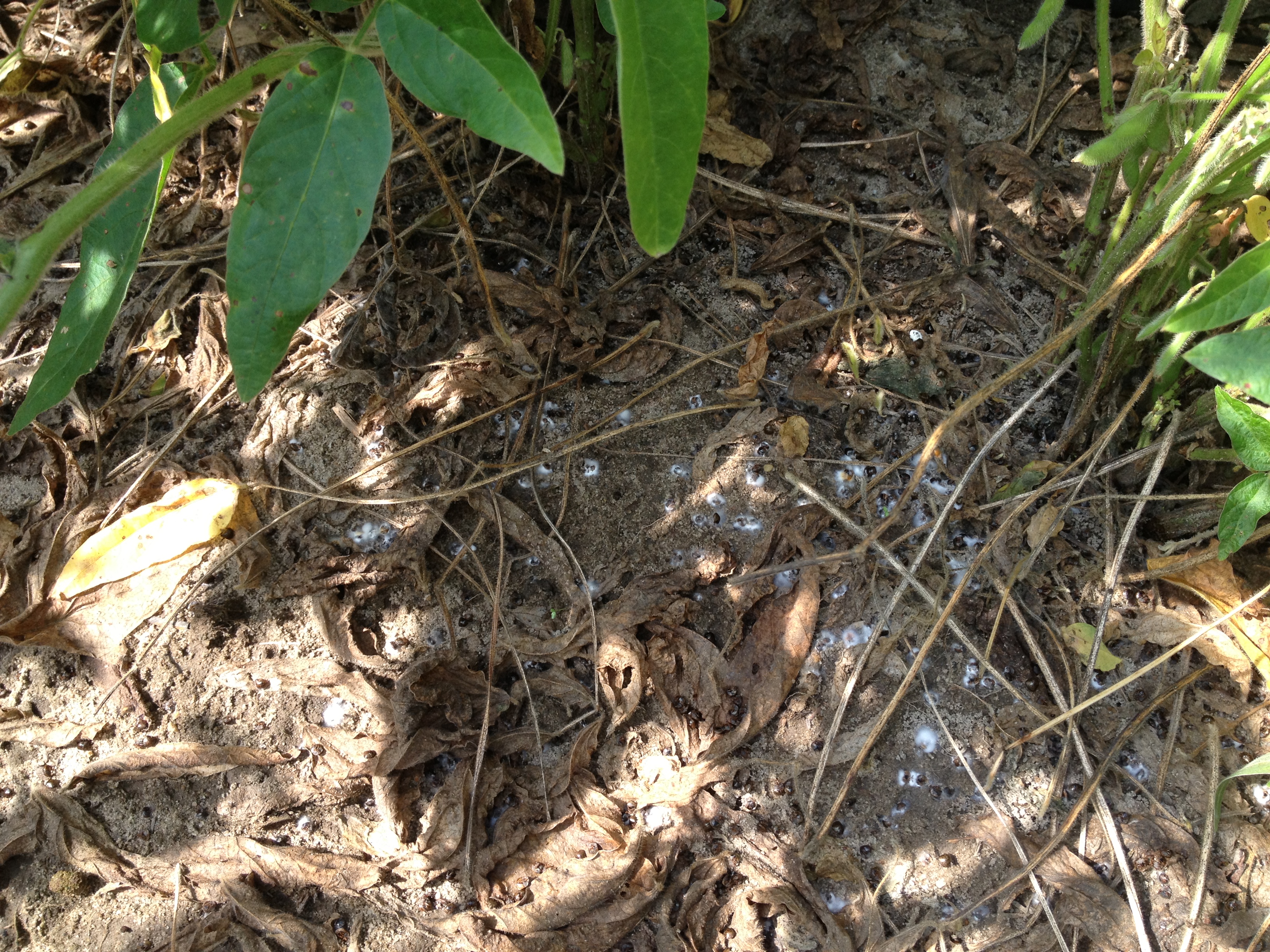 Kudzu bugs killed by a fungus (Beauveria bassiana). Note the white sporulation from the insect bodies that is characteristic of this fungus.